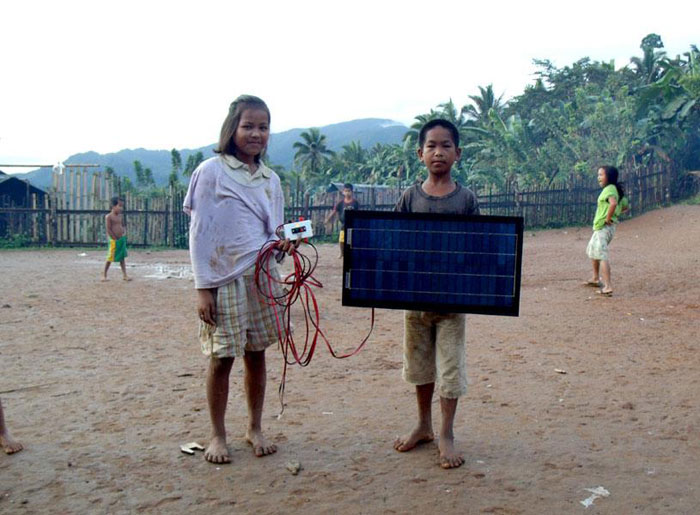 The Mangyan people of Sitio Dyangdang bansud mindoro oriental have never seen light/electricity. Because it is an upland community, the local government was never able to give electricity to the poor community.I first went to the community way back 2001 for an I-Witness documentary “Gamugamo sa Dilim”. The said documentary featured the conditions in several remote communities in the country that did not have access to light or electricity. In 2007, I also featured this community in the award winning documentary ” Ambulansyang de Paa” which tackled the lack of access to health services of the poor community.

Ten years have passed since I first visited Sitio Dyangdang. Last December 2011, I went back to the community. This time, not only as a journalist but as founder of Project Malasakit Foundation. And now, our mission is not only to make a documentary but somehow bring change and uplift the lives of the Mangyans in Sitio Dyangdang.

Through the help of donors we were able to raise P185,000, enough money to buy solar panels, batteries, LED lights, etc., to finally give light to the Mangyans who have been living in the dark for a long time. Mr. Eric Epistola of SPIN Project supervised the setting-up of the said solar power facility. We also taught the Mangyans basic knowledge on solar power and asked them to assist us in setting up the facility. This way the project will be sustainable and the mangyans themselves will be capable of maintaining their new solar power facility. A total of 90 Mangyan house holds were given solar panels and LED lights.