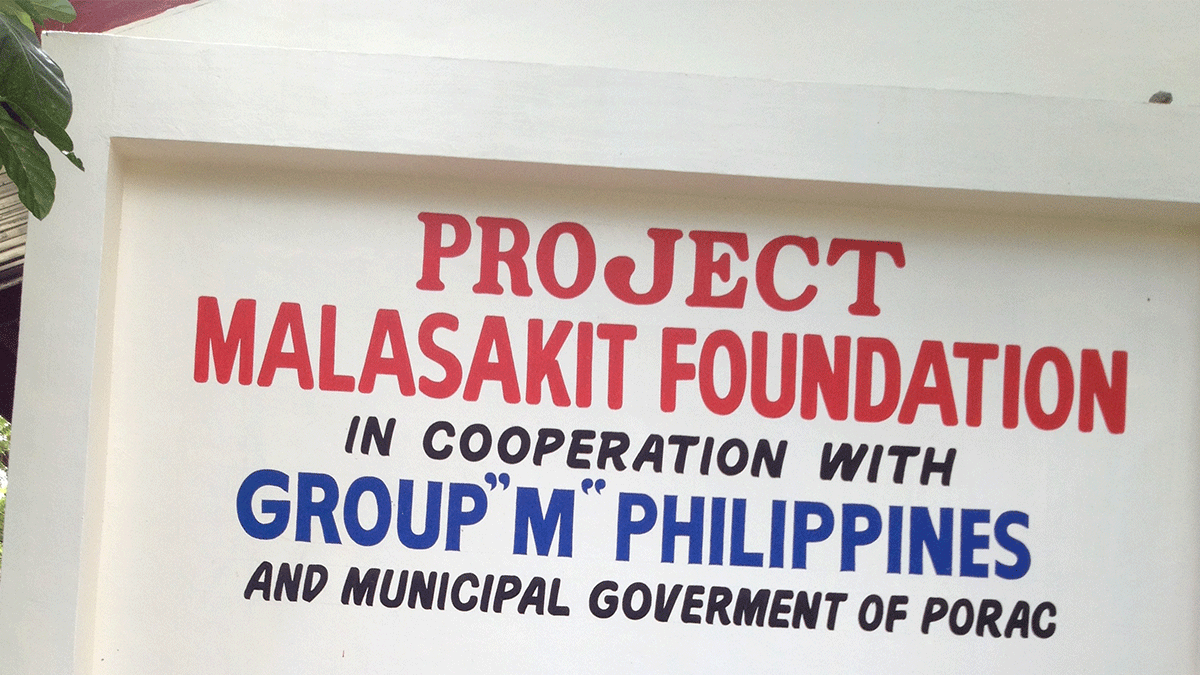 Group M, an international media investment company headed by Mr. Meckoy Quioge conducted a fund raising activity last February dubbed as “Amazing Raise”, for the Mangyan Tribe communities of Project Malasakit. The activity is part of Group M’s annual activity aptly named : “The Power of One”. This is Group M’s corporate social responsibility wherein Group M companies all over the world coincide a day of activity to give back to a community.

For 2012, Group M Philippines chose Project Malasakit as their beneficiary – specifically for the Mangyan communities in Bansud, Mindoro Oriental.

Out of the goodness of their employees, and solicitation from other companies, they were able to raise Php1.1 million for us!

The money will go to the poor Mangyan communities in Mindoro. We have identified three areas in Bansud, Mindoro Oriental to benefit from the donation, and we hope to expand our outreach projects to the next town of Bongabong.

There are no roads, no health facilities, no potable water system and no electricity in many upland communities in Bansud, Mindoro (specifically sitio apnagan, sitio dyangdang and sitio sawmill). The Mangyan families live in extreme poverty. Project Malasakit in our aim to provide solar power and build a potable water system in these poor communities, provided Solar Energy to Sitio Dyangdang last December 2011. There is still so much more work to be done and this wonderful gift of compassion from Group M will truly make a big difference in the lives of our poor Mangyan brothers.

Here are the projects we have accomplished under Group M’s donation:

Sitio Apnagan and Sitio Dyangdang are two of of the remotest communities in Bansud, Mindoro Oriental. The community is composed mainly by the Mangyan people, a tribal minority who were primarily a hunting ang gathering group but now subsist on banana farming. Back in 2010, there were no roads, no electricity and no access to healthcare in Sitio Apnagan and Sitio Dyangdang. Access to potable water was also very difficult. It was featured in the Iwitness documentary Ambulansyang de Paa.

Through the partnership of Project Malasakit, Group M Philippines and the local government of Bansud led by Mayor Ronnie Morada… we were able to build a 2-classroom school building for the Mangyans of Sitio Apnagan. We also donated several water pumps and ceramic water filters for each household. Aside from this, we also built a health center and lying-in clinic at the foot of the mountains in Brgy Conrazon where the Mangyan families can go to if they have medical problems. The health center is built like a traditional Mangyan home which can also double as a halfway house for Mangyans who need to go to the lowlands for hospitalization or emergency procedures. We have called it: “Balay Mangyan” or Home for the Mangyan People.

As for their problem of electricity, we were able to give solar power kits to each household in Sitio Dyangdang. Project Malasakit installed these solar power panels last December 2010.

The Aeta is a tribal minority in Central Luzon. They have been greatly affected by the eruption of Mt. Pinatubo in 1991, many have lost their homes and livelihood. On top of this, a lot of them have experienced discrimination in the lowlands because of their dark skin and kinky hair. Many of the Aetas did not have a chance to go to school, majority of the old people are illiterate. Because of this,  many of them have been cheated on by lowlanders when selling their products or even in land ownership. Efforts have been made to educate the Aetas by deploying mobile teachers. Project Malasakit and Group M Philippines built a multi-purpose hall/school in Sitio Liplip Porac Pampanga which can serve as a daycare center and a school that holds adult literacy classes for elder Aeta people.